Your shopping bag is empty

Go to the shop

Great to have you back!

Don’t have an account?Register now
Register
Back to login

Probiotics are live microorganisms that we use in clinical practice for their potential to cause beneficial health effects. Despite their frequent use, few physicians are fully aware of these microorganisms and their indications, especially since the further study of the intestinal micro biota is relatively recent in Medicine. You find Probiotics papaya enzyme in a variety of dosage forms. The germs contained in the drug can be varied, the most common being lactic acid-producing bacteria such as Lactobacillus sp and Bifidobacteria sp and yeasts.

Multiple researches on this topic have generated growing evidence of how microorganisms that inhabit the digestive tract linked to an individual's overall health. Effects vary depending on the agent used. Efficacy will also depend on other factors such as the microorganism's ability to survive gastric acidity, adhere to the intestinal mucosa and compete with pathogens, besides safety for human use and storage stability.

What kind of Probiotics exist

There are two types of Probiotics – yeast and bacterial.

Saccharomyces boulardii is yeast, which comes from the rind of lychee and mangosteen, so it is of natural origin. It is the only non-bacterial Probiotic genus marketed under the highest safety and efficacy standards worldwide. It reaches its maximum potential at a temperature of 37 degree centigrade, so that the internal body temperature is a favorable environment to exercise its functions and benefits. It is resistant to gastric acids and bile salts present in the digestive tract and it survives the action of antibiotics. Its antimicrobial, antitoxin and restorative effects on the intestinal micro biota have been proven, which is why it has been approved as an effective aid against diarrhea of ​​any kind.

Lactobacilli and Bifidobacteria are the two most common bacterial genera. They are used in manufacturing processed foods or as pharmaceutical supplements. There are numerous species. Those derived from Bifidobacteria naturally inhabit the digestive tract. Lactobacilli are used for the fermentation of food. Both can be grown outside the body and marketed in pharmaceutical presentations.

Bacterial Probiotics have been used mainly for the regulation of diarrheal episodes and are marketed for multiple conditions such as constipation, irritable bowel syndrome, strengthening the immune system, and even for the prevention of colds. One of the disadvantages of this type of Probiotics is that they show a weak resistance to the action of antibiotics, reducing their survival.

How do Probiotics work?

The basic mechanism of action of Probiotic supplements is competition between beneficial and pathogenic microorganisms. The administered bacteria and fungi produce chemical agents that compromise the growth of others – acids (lactic, acetic and prop ionic), peroxides, surfactants, proteolysis enzymes, etc.  Agents present in medications also compete with pathogens for space in the gastrointestinal mucosa.

Another effect of Probiotic supplement is to stimulate the barrier effect that the intestinal mucosa naturally exerts. Bacteria and yeasts contained in drugs stimulate the production of mucins (which have an antibacterial effect on pathogens), in addition to strengthening the tight junctions that adhere to entrecotes and reducing epithelial permeability. Another important action is the stimulation of immune action, increasing the phagocyte capacity of mucosal leukocytes and the local production of immunoglobulin.

Probiotics stand out for providing the following benefits –

For what do you need Probiotics

Consumption of women’s Probiotic is believed to increase the amount of beneficial bacteria, while inhibiting the growth of harmful bacteria. The supposed consequences would be a wide range of health benefits, among which we can mention its effect against diarrhea. There is also some evidence to suggest that Probiotics reduce symptoms of irritable bowel syndrome and inflammatory bowel disease, and alleviate symptoms of lactose intolerance. The main objective of Probiotics is to contribute to the restoration of your intestinal micro biota. The most common pharmaceutical forms are capsules, tablets, sachets with powder and oral ampoules.

This strain helps modulate some aspects of the immune system in adults.

Restores the intestinal flora in children, relieves and reduces flatulence, diarrhea and constipation. It also increases the immune response in children. Its administration in pregnant mothers together with Lactobacillus improves the development of the fetus.

Lactobacillus acidophilus maintains and restores the health of the micro flora in the digestive system, the vaginal flora and supports the immune system, inhibiting different pathogenic bacteria.

Present in breast milk, this strain protects the host from infections through the immune system.

Decreases the incidence of gastrointestinal and respiratory infections and diarrhea associated with the consumption of antibiotics.

Have an immune-stimulatory effect that helps prevent infections and contribute to a better clinical evolution. In addition, they improve the response to the flu vaccine in the elderly. 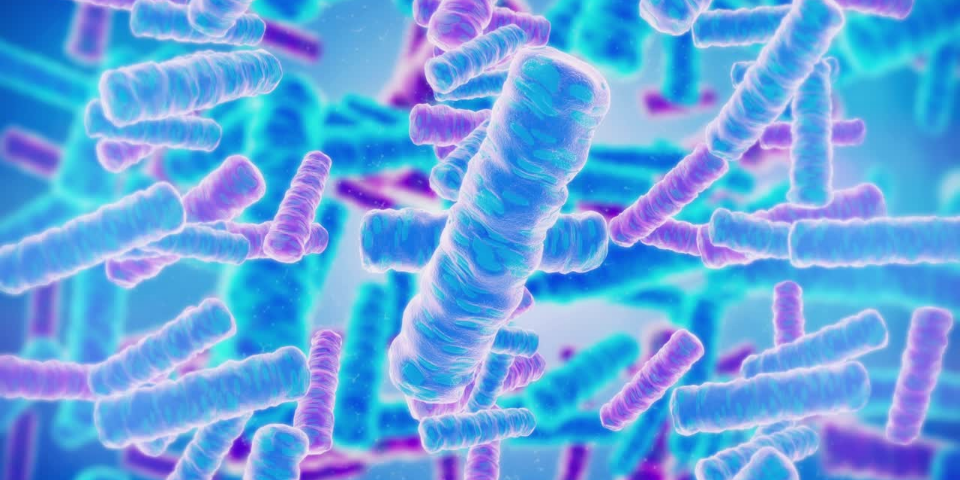 If what you are looking for is support for the digestive system, it will be important to take into account some of the following strains of Probiotics –

Who should take them?

Probiotics are bacteria that live in the intestine and help to improve the overall health of our bodies. Women’s Probiotics for gut health have several advantages, including facilitating our body's ability to absorb nutrients, strengthening the immune system and aiding digestion.

When we take antibiotics, the process of eliminating bacteria is established, so we should take Probiotics to restore the flora and not fall back on another infection.

Probiotics are essential to reduce the effects and discomfort you feel when you suffer from intestinal disorders such as diarrhea or gastroenteritis.

Antibiotics damage our vaginal flora. When someone has cystitis or any other infection in the area, it is essential to care for and protect it from future infections by taking Probiotics.

Here is a classic effect of Probiotics – to sharpen our defense system. If your immune system is down or you have allergies, Probiotics can help to strengthen your defenses and boost your energy levels.

Considering that 70% of the micro biota is in the gut region, it is natural that we will see a direct impact there. Probiotics are also helpful against the popular leaky bowel.

Scientists know that the micro biota of an obese individual is different from that of someone with a healthy weight. Probiotics for women weight loss significantly reduces the fat content.

Here, you can count on two ways of acting. One is indirect – when Probiotics reach the intestine, they minimize inflammation. The oral cavity has its micro biota. It is why some bacteria have a direct impact on troubles like caries and periodontitis. 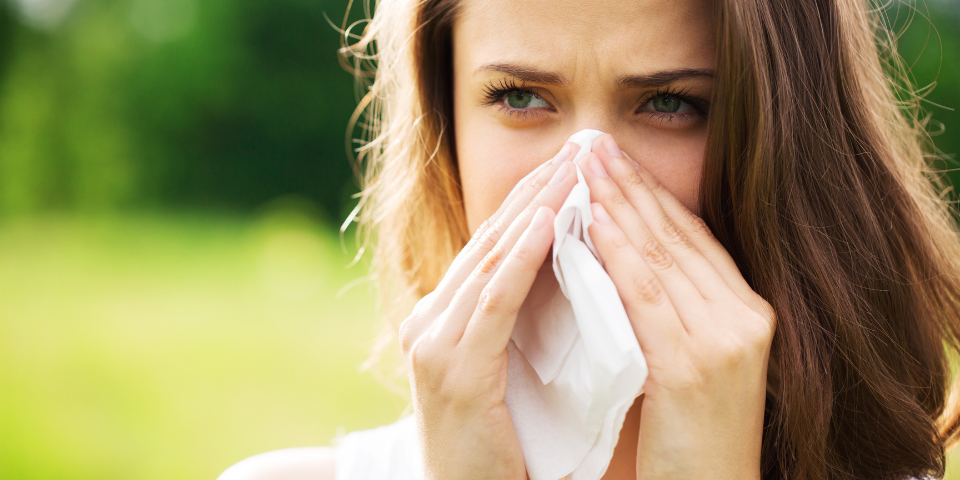 Some strains of the Lactobacillus and Bifidobacterium genera would be able to assimilate cholesterol in the intestine. It would reduce the levels available for absorption by the body.

Candidiasis and Bacterial vaginosis account for almost 90% of the most common discomforts in women. The worst thing is that they tend to be recurrent. One way to get around this resistance is to put Probiotics into play.

No one doubts that there is a direct connection between gut and brain. Hence, there is a tendency to link Probiotics to impacts on the nervous system. Some bacteria produce serotonin precursor molecules and stimulate the release of GABA.

It is the clinical situation with the strongest evidence for Probiotic supplement. The observed effects are reduction of time and intensity of diarrhea. In the case of diarrhea, the only effective Probiotics were those containing Lactobacillus and Bifidobacterium.

Although considered a functional disease, there are theories that explain IBS through bacterial overgrowth, mainly of fermenting bacteria. Recent meta-analyses have shown reduced abdominal pain in IBS patients using Probiotics compared to placebo.

Since a direct relationship was identified between the balance of the intestinal flora and a decrease in diseases such as depression and anxiety, we can see an improving mental balance with the regular consumption of mood Probiotic.

Helping in the treatment of autism –

It is because some studies have indicated that the use of Probiotics can have an impact not on a gastrointestinal level, but also on a behavioral level, improving ability to concentrate and listen. 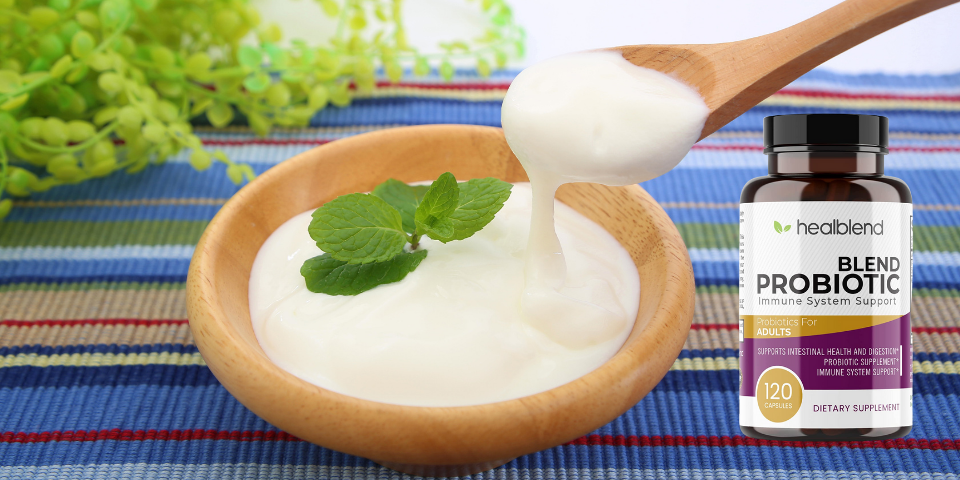 The recommendation for ingesting Probiotics

Probiotics for men must be taken daily for their effect to be continuous. The recommended dose is 5 billion colony-forming units per day for at least five days, so that the Probiotic exerts some benefit. Although the recommended dose is this, the therapeutic effects present doses ranging from 106 to 109 unit forming colony.

In practical terms, the recommended amount corresponds to a daily intake of two to three yogurts with Probiotic cultures. However, the concentration of Probiotics in products varies widely and there are no patterns of identity of bacterial levels in yogurt and other dairy products.

The indication for consumption of Probiotics for children is exactly at the time of installation of the infant's intestinal micro biota – that is – in the period between 18 and 24 months since at this stage the micro biota is simpler, more stable and more strongly influenced by nutrition. If introduced at this stage, Probiotics become part of the micro biota and can prevent diseases.

Probiotics have had more and more openings and opportunities for use within several areas of Medicine and, apparently, they really are promising drugs. However, the widespread use and the lack of rigor in carrying out much research make it difficult to generate quality evidence for clearer guidelines. Therefore, further studies in the area are needed to reaffirm the safety and efficacy of these drugs.

The main drug interaction worthy of note is with antimicrobials, which, by acting on the agents contained in the drug, can nullify the effect of Probiotics. It is recommended to separate the use of Probiotic nutritional supplements and antibiotics by at least 2 hours. The most common adverse effects are bloating and flatulence. The biggest concern is the possibility of infections, considering that live microorganisms are being administered.

There are items
in your cart

With this products also buy: